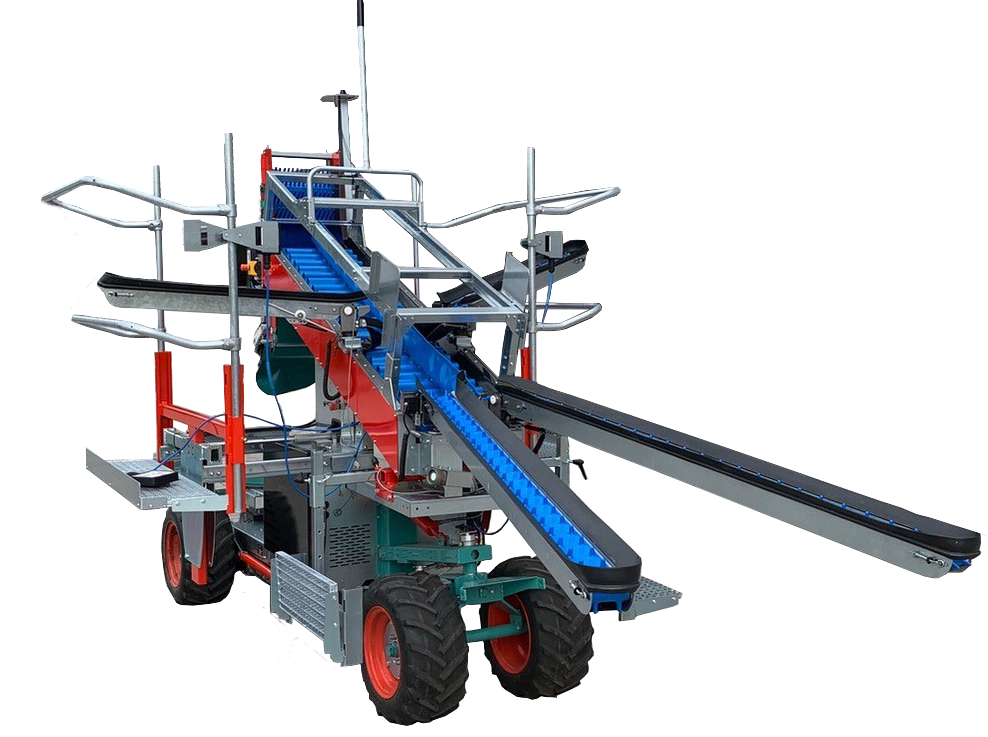 Munckhof’s Pluk-O-Trak is a versatile harvesting solution that is used to pick a wide range of fruit, such as apples, pears, citrus fruits and cherries, rapidly, efficiently and ergonomically.
Pickers can work with the harvesting system at ground level or stand on the horizontally and vertically adjustable harvesting platforms to extend their reach to up to four metres above the ground.
The pickers place the fruit on narrow moving conveyors which transport the fruit gently and automatically to the crates.
With the Pluk-O-Trak fruit growers save 50% on picking labour and fruit damage is reduced by 50% (a reduction of 30%).
The Pluk-O-Trak is also widely used for fast and efficient pruning, thinning and working on hail protection nets.

50 years of technical development in collaboration with the sector

This year, specially for Pluk-O-Trak’s fiftieth anniversary, Munckhof is introducing an anniversary edition of its harvesting machine.
The anniversary edition is equipped with the latest steering, “food grade” blue conveyor belts and lots of additional extras.
The system is now also fitted with a brand-new joystick, making operation very simple for even inexperienced workers.
Twenty large automatic function keys with symbol indication perform each operation independently, such as the automatic leveling system and the improved automatic steering through the centre of the row.
For more information on the anniversary edition, pay a visit to our stand at the Fruit Harvesting Trade Fair in Houten (stand number 13). 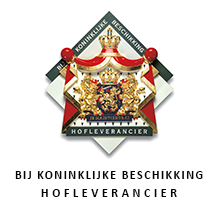 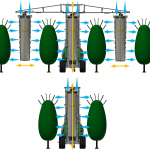 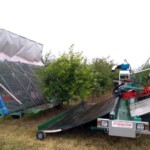